What is Solar Power

Solar power is the use of the sun’s energy either directly as thermal energy (heat) or through the use of photovoltaic cells in solar panels and transparent photovoltaic glass to generate electricity.

Standard photovoltaic solar panels are the most efficient application of photovoltaics. However, photovoltaic glass allows generation from surfaces like building windows that were previously incapable of anything but passive solar energy and also enables other options, like color choices. Other technologies include low-tech solar heaters created from recycled cans that provide an inexpensive source of heat.

Concentrated solar power uses multiple lenses or reflectors to collect more of the sun’s thermal energy. Thermal energy collected through the day is typically applied to oil or molten salts that retain heat to boil water for steam turbine generators throughout the night.

In the data center, solar power and other sources of clean electricity, such as wind power and tidal power, are increasingly implemented to save money, increase self-sufficiency and improve sustainability. Apple, Google and Microsoft are among the major IT companies investing in renewable energy.

Besides being cheaper than fossil fuels, solar power avoids the costs associated with  environmental damage through extraction, spills and dealing with pollution created through combustion.

No comments to show. 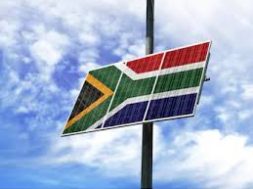 Go Solar, and give Eskom the Boot

Now, more than ever, South Africans need to limit their dependence on our current (and only) electricity service provider. It is safe to say that our infrastructure will never improve since it isn’t being maintained.  Read more…